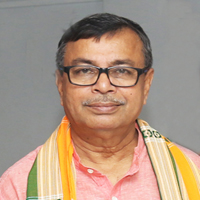 INTRODUCTION:- Kokborok is the mother tongue of the Borok people and their main language spoken by the indigenous people of the state. Kokborok belong to the Tibeto-Burman family and has close affinity with other language family like Bodo, Garo, Dimasa etc. 9 sub-tribe or clan of Borok community speaks this language. They are Debbarma, Reang, Jamatias, Tripura, Noatia, Kalai, Murasing, Rupini, Uchai. According to 2011 census the total population of Kokborok is 8,80,537 (23.97% of total population)

This language has a glorious cultural tradition. Its folk literature i.e folk songs, folk tale, folk lores are very rich. Kokborok got the written form in the year of 1897 as Doulot  Ahammad  a muslim scholar wrote the first Kokborok Grammar named “ KOKBOROMA”

Then Radha Mohan Thakur wrote a Grammar book in Kokborok named “ KOKBOROKMA” which was published in 1900 AD.

The publication of Kokborok Grammar book “KOKBOROKMA” written by Radha Mohan Thakur is recognized and observed by the state Government as first ever Kokborok publication.

The state Government declared Kokborok as one of the Official Language on 19th January, 1979.

In the year of 1981 Kokborok had been introduced as a medium of instruction at primary level. Presently Kokborok is being taught as language subject at 903nos. Primary schools under TTAADC area and 40  High & Higher Secondary schools under the state Government. Kokborok has been introduced in degree level as elective subject in the year of 2012 and post graduate degree at Tripura (central) University in year of 2015.

List of High & Higher Secondary Schools where Kokborok is being taught:-